An application for children between 10 and 13 years of age created with the goal of providing recent immigrant children with a platform to catch up with school, learn the German language and integrate into their new society. 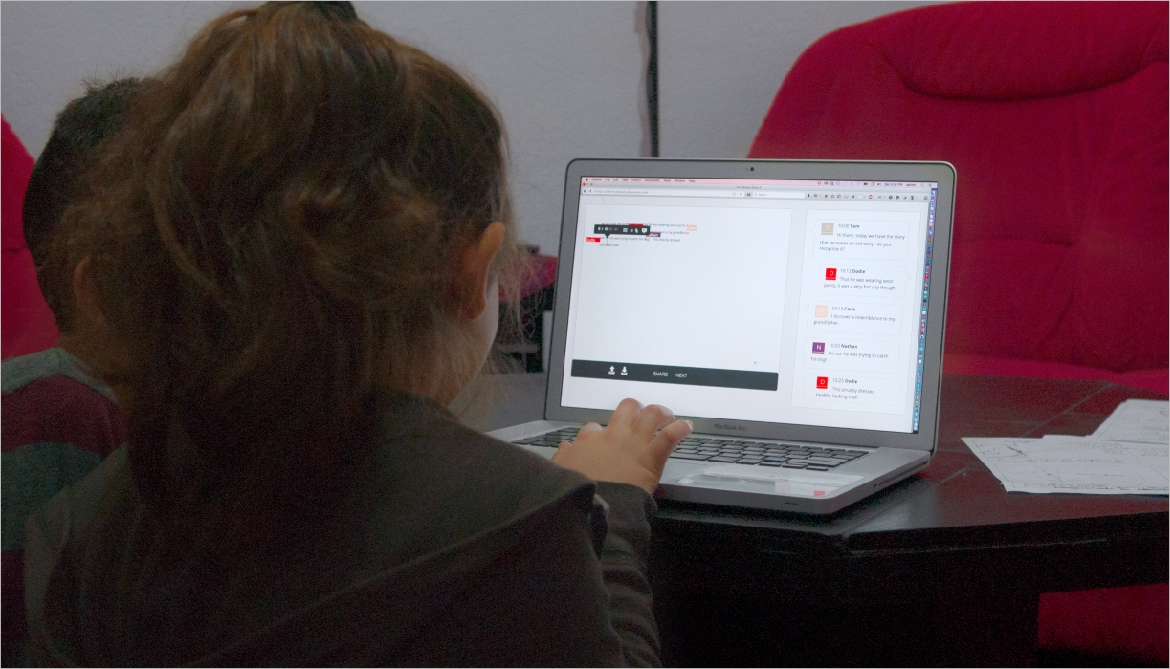 Figures from the Federal Ministry for Education and Research show a high rate of illiteracy in Germany and a correlation with a family’s income and immigration status.
Results from the research and iterations showed that “Give Me 5” needed to focus on teaching German as a Second Language (DAZ); in this way, it would benefit children of Syrian refugees with the integration process, which has been one of the latest challenges for the German government.

Expert interviews were conducted at after–school programs to gather information about the children’s path in social integration. Observations showed a difference between new and previous immigrants. New immigrants own more smart phones than prior immigrants did, but not every family had one. Instead, they were more likely to have a desktop computer, making a desktop application a more favorable solution to the challenge.

A product comparison, SWOT analysis were made, proving that the integration of existing tools like google docs and chats would facilitate the communication with peers and tutors. They also showed the need to implementing German as a second languague as a primary feature. Personas were used to find out pain points, characteristics and goals of potential users.

A children’s journey was mapped from the moment of registering, submitting homework and activities in the student plan, as a guide to build prototype.

The testing prototype was created in Axure, offering different options in early iterations. The tasks most frequently used by a highest number of children were prioritized and their user experience was optimized. Here: Screen 1. Allows the user to reach the German as a second language direct after loging. Screen 2. Allows to pick from the activities within the category. Screen 3. The pronunciation exercises allow to listen, repeat and record to correct their pronunciation.
Thought out tools that would measure advancement and engagement after discovering user salient abilities. 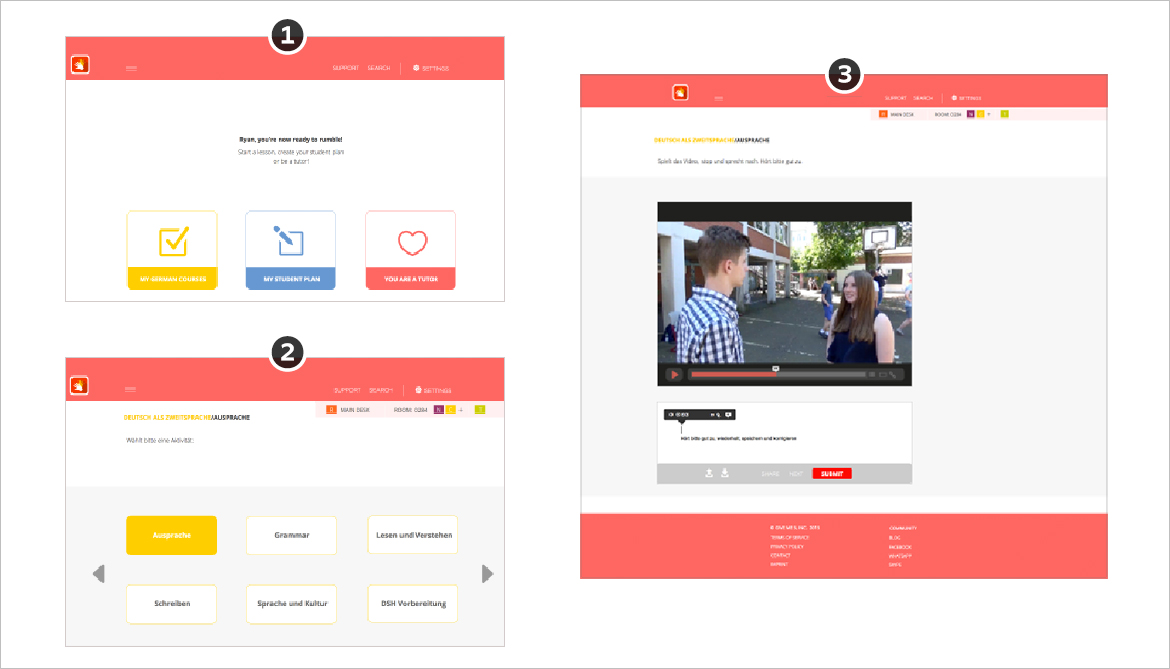 A product logo was created, with two hands representing the core purpose and benefits of the application: the children where not alone, they had peer support with whom they could do homework, communicate, and celebrate their achievements.